Does motherhood explain part of the gender wage gap in Macedonia?

The objective of the research is to estimate the contribution of the motherhood wage gap for the gender wage gap in Macedonia after considering workers’ characteristics and selectivity bias onto the labour market, for childbearing-age population.

In particular, we aim to disentangle to which extent the natural role of women to have and raise children potentially affects the gender wage gap. Recent study (Petreski et al. 2014) estimated the adjusted gender wage gap in Macedonia at 5.7%. However, motherhood may still explain some portion of this gap and the preliminary descriptive analyses suggest that it likely biases the gap upwards. This suggests that once motherhood wage gap has been considered, the unexplained adjusted gender wage gap in Macedonia (gender wage discrimination) may be even lower. The literature is abundant in analysing selectivity-corrected gender wage gaps and motherhood wage gaps separately, but merging the two literatures, and estimating these gaps together and at the same time correcting them for selectivity is rare. Hence, we propose a novel methodological approach to tacking this issue. Namely, we will estimate the gaps by employing a repeated imputation technique, which will impute the wages of those who are unemployed or inactive by making assumption on their position with respect to the median wage. Then the imputed samples will be compared to the base sample and the size of the selectivity bias obtained. The fairly standard Heckman estimates will be provided for comparison. Blinder-Oaxaca decomposition will be then applied to the imputed sample to disentangle the explained and unexplained parts of the gender and motherhood wage gaps, giving a figure of the contribution of the latter in the former. Non-parametric alternatives to the decomposition will be pursued as robustness checks. The Survey of Income and Living Conditions (2010) will be used.

Local development or current expenditures: What purpose are municipal money spent for? 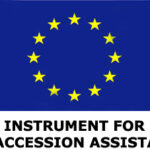