“Heroes and she-roes”: Knowledge for analysis of and advocacy for equal pay for women and mothers in Macedonia (SHE-ROES)

The objective of this project is to correctly measure gender pay gaps (difference in wages between men and women) and motherhood pay gaps (difference in wages between mothers and childless women) in Macedonia and to advocate solutions for addressing the prevalent pay gaps.
In particular, previous research has demonstrated that Macedonia faces gender and motherhood wage gaps of 12.5% and 8.7%, respectively. However, a large part of females remains outside the labour market and can therefore not be considered when the pay gap is calculated (as their wage is not observed). This makes the above figures incorrect, since it is likely that females who stay outside the labour market are not randomly selected not to work. Hence, one bold challenge is to obtain knowledge for the proper calculation of pay gaps, i.e. econometric (technical) knowledge to address the selectivity bias in the labour market.

Working meeting at the Federal Ministry of Education and Women, Vienna, 1 February 2016 – Gallery

Working meeting with a gender expert at the Vienna University of Economics and Business, Vienna, 22 September 2016 – Gallery

FT Comment No.10 on the the economic aspects of the National Strategy for Gender Equality 2013 – 2020

Manual for proper calculation of the gaps 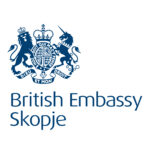 FISCAST: Building capacity and tools for fiscal accountability, sustainability and transparency in Macedonia

Gender-responsive planning at local level: The case of Prilep and Krushevo

Exploratory analysis of women and men in North Macedonia